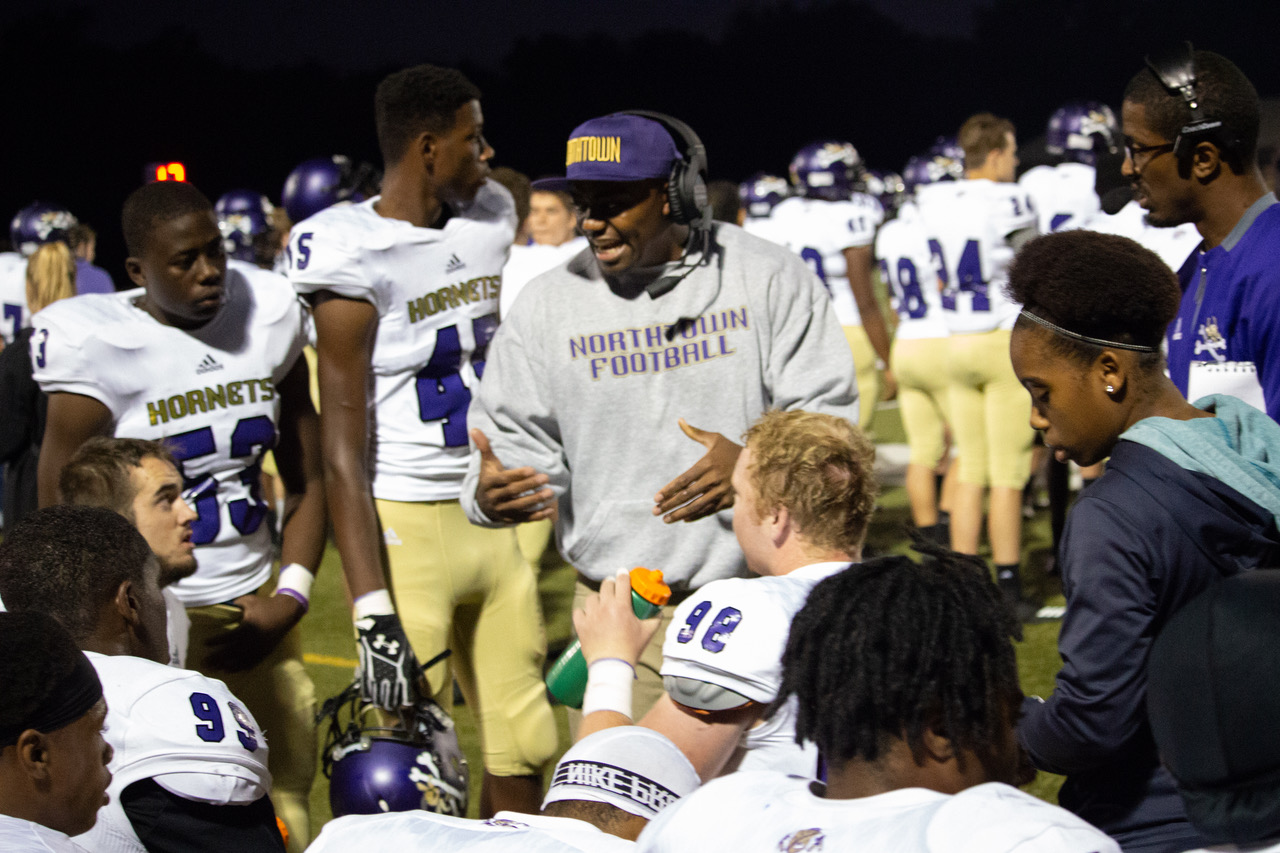 The “C” You In The Major Leagues Foundation and Blue Cross and Blue Shield of Kansas City (Blue KC) have announced North Kansas City High School football coach, Leon Douglas, as the fifth “Blue KC Coaches with Character” honoree of 2021. Douglas’ passion for teaching and educating student-athletes, both in the classroom and on the gridiron, provides a shining example of positivity in the Kansas City community.

For the last 12 years, Douglas has been a vital piece of North Kansas City High School, now entering his 11th year as head football coach and 2nd year as assistant principal. His coaching career began at South Dakota State University as a graduate assistant, before his journey led him back to his hometown of Kansas City where he started as an elementary physical education teacher at Meadowbrook Elementary School and assistant coach at North Kansas City High School before transitioning to head coach.

“I enjoy the journey of teaching and seeing young people grow daily,” said Douglas. “We’ve been blessed to win a lot of games and earn a few significant accolades over the past several years, but my greatest accomplishment is being part of the journey of the young people I serve daily at North Kansas City High School.”

Douglas sees the opportunity to make an impact and lasting impression on his students and players as ‘life-changing’. He’s able to conquer the diversity within the school and successfully impacts those with different backgrounds. He continually challenges himself to be mindful of his purpose in life and to keep a close eye on those he welcomes into his inner circle. With this advice, Douglas has the confidence to walk alone when necessary to pursue his life-long dreams, ambitions and aspirations.

“I encourage my players to compete, fight & finish,” said Douglas. “These three words create my mantra as a football coach. I want my players to embrace the challenge of competition in all aspects of life. I want them to fight and give their all for the things they believe in and desire. And lastly, I want my players to finish. To possess a level of confidence to give your all despite the uncertainty of the outcome.”

The mantra Douglas shares with his players is relevant in all aspects of life, not just on the football field. He exemplifies this by continually attempting to go above and beyond to help those around him.

“I try my best to meet the needs of my students and players to give them the freedom to exercise their abilities,” said Douglas. “Something as simple as a pregame meal, or a ride home after practice, can be the difference in someone participating and finding success in a school-sponsored activity.”

Douglas believes life is much larger than the game of football and the academic content that is taught in schools. He strives to create a framework that enhances character and helps to build well-rounded individuals capable of handling the highs and lows of life.

“Coach Douglas has shown us the value of developing character in those he educates on a daily basis,” said Royals General Manager and “C” You in the Major Leagues Founder Dayton Moore. “By pushing each of his student-athletes to be the best they can be, regardless of the event or activity, he’s making an enormous impact in the Kansas City community and helping those around him reach new heights.”

“As described by Coach Douglas’ nominator, his story extends far beyond the goal posts,” said Blue KC Chief Communications Officer Christa Dubill. “His determination to improve the lives of those who walk into his program will have a lasting impact on this community for years to come. We’re thrilled to honor Coach Douglas as a recipient of the Blue KC Coaches with Character program and look forward to learning more of his accomplishments in the future.”