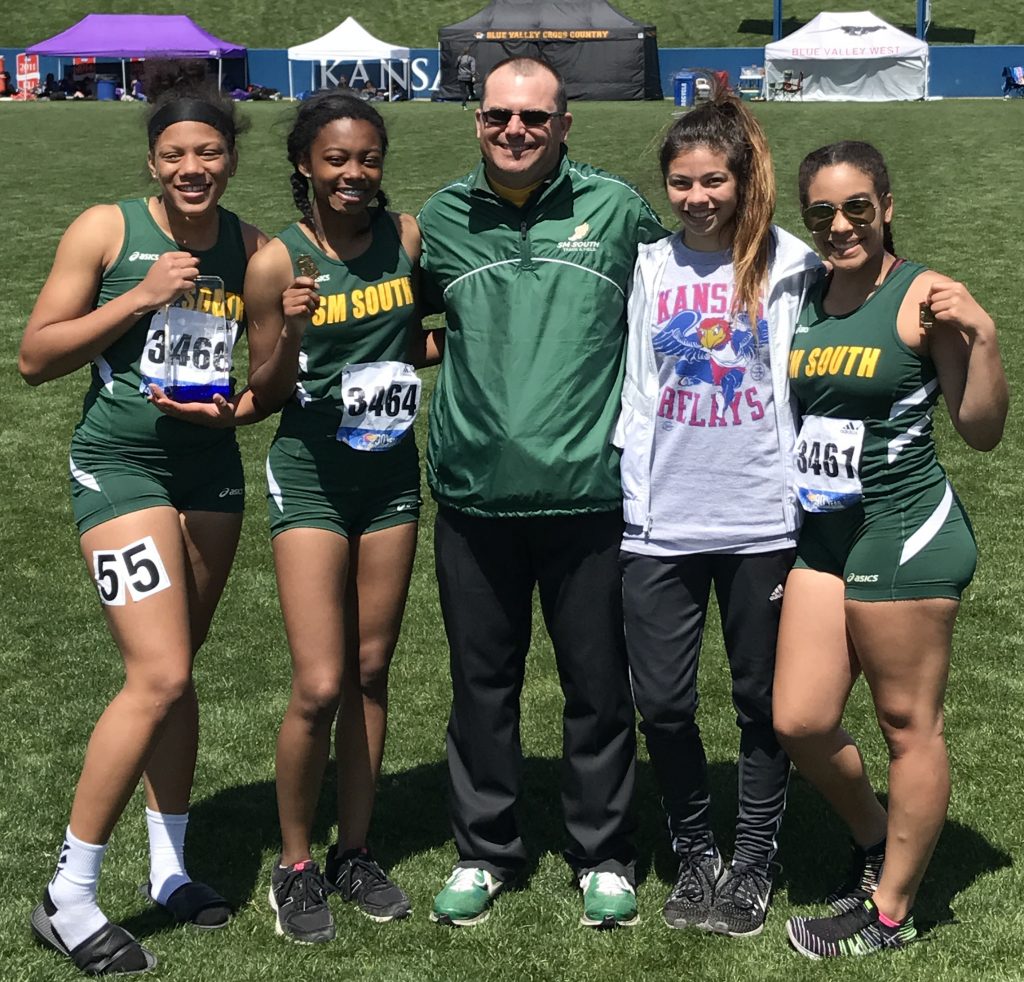 Blue Cross and Blue Shield of Kansas City (Blue KC) and Dayton Moore’s C You in the Major Leagues (CYITML) Foundation have announced Shawnee Mission South Cross Country and Track and Field Coach J.J. Wannamaker as the Blue KC Coaches with Character honoree for the month of September. His desire to share the knowledge and expertise he gathered in school from his former teachers and coaches has led him to want to pass those traits along to the current student-athletes who participate in his programs..

As a former two-time captain at Ottawa University on the track and field and cross country teams, Wannamaker enjoyed the hard work that was necessary to succeed. Through his personal experiences, his passion to stay involved in those sports translated into a coaching career that began in the fall of 1998.

“Coaching is not about the wins and losses,” said Wannamaker. “It is about the relationships that you build with your athletes. I tell them to trust the process and understand that lessons you take away from our program will help you more in life than any championships or records.”

Over the course of his career, Wannamaker has built lasting relationships with hundreds of young men and women. Throughout the process, he has not only helped coach numerous team and individual champions, but once the students leave high school, many keep in touch by sending Wannamaker invitations to college graduations and weddings, and even birth announcements.

“Shawnee Mission South is supportive of our program and allows our participants to thrive as students and as athletes,” said Wannamaker. “The opportunity to participate in extracurricular activities is a privilege that needs to be earned through satisfactory academic work and citizenship. We want our participants to represent themselves, the school, their families and our community in a positive manner that reflects well upon our program.”

As he begins his 25th year of coaching high school track and field and cross country, this will be his 15th year as the head coach of the Shawnee Mission South track and field team, and 13th year as the head coach of the Raiders cross country program. In that span, his cross country teams have yielded one state individual champion, ten state medalists, 31 individual state qualifiers and one Kansas Class 6A boys state championship in 2011. His track and field teams have had 41 relay teams qualify for the state tournament (19 relay medalists) with 249 individual qualifiers resulting in 16 state champions. During his coaching career, Wannamaker’s teams have set 22 school records.

“I am humbled and excited to be recognized for this honor,” said Wannamaker. “I don’t think I do anything out of the ordinary other than providing a positive example to our young people and challenging those in our program to be good people.”

“Coach Wannamaker’s track record speaks for itself,” said Royals President of Baseball Operations and C You in the Major Leagues founder Dayton Moore. “The commitment he shows to his student-athletes on a daily basis goes beyond how they perform on the course or the track. He truly works to instill a family atmosphere within his program. While it may seem simple, Coach Wannamaker’s approach to life, and the lessons he instills in those he coaches are traits we can all benefit from.”

“As you can tell, Coach Wannamaker’s ability to have his players buy into the system he has in place for the cross country and track and field programs is exceptional,” said Jenny Housley, Blue KC Senior Vice President and Chief Revenue Officer. “It takes passion, dedication and energy to sustain the level of excellence that is on display at Shawnee Mission South, and Coach Wannamaker’s character stands out and makes him an outstanding honoree for this monthly honor.”