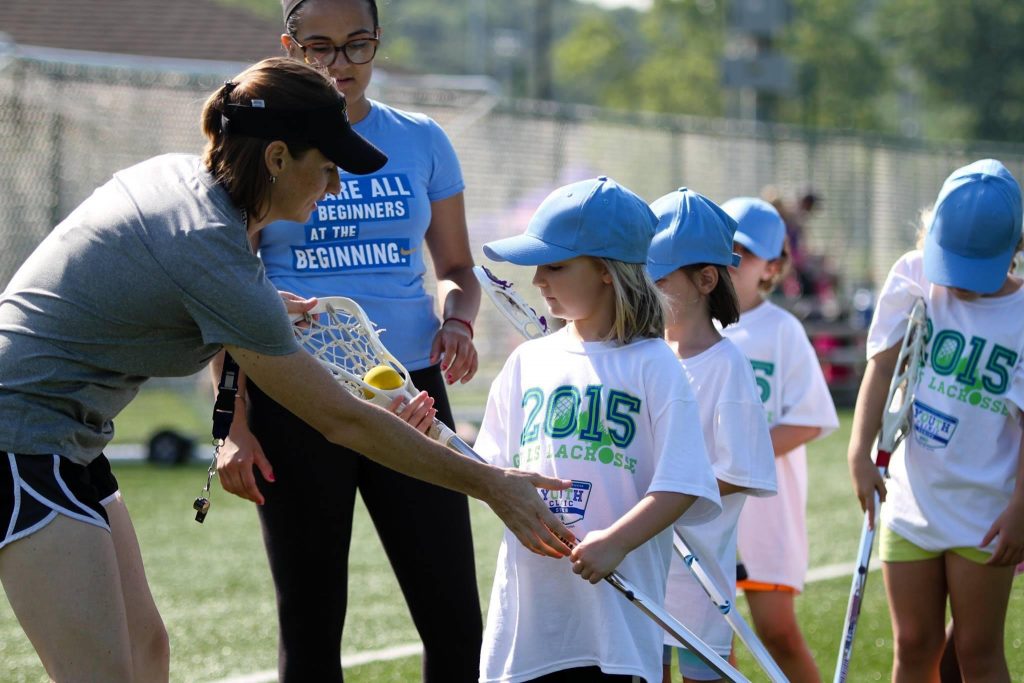 Blue Cross and Blue Shield of Kansas City (Blue KC) and the “C” You in the Major Leagues Foundation have announced St. Theresa’s Academy girls’ lacrosse coach Jessica Hanna as a Blue KC Coaches with Character honoree. Hanna’s passion is on full display year after year as she continues to grow the sport locally and increase exposure of lacrosse throughout the Kansas City community.

Hanna’s love for lacrosse was discovered while she was attending The University of Kansas. She quickly fell in love with the sport and having grown up in Olathe, Kansas, she decided to help spread the sport in the Midwest. Hanna began working as a lacrosse official for youth, high school and club level matches after returning to Kansas City following graduate school in 2005.

A few years later, with only two local high school girls’ lacrosse teams in the Kansas City metropolitan area, parents at St. Theresa’s Academy decided to establish a team. Hanna was asked to coach, in addition to already having a full-time job, and was quickly able to build a highly successful program. After 14 years with Hanna as head coach, the program shows no signs of slowing down.

“I really love the sport and I am most proud when we can pass that love down, or help grow the sport in our area,” said Hanna. “I am so proud when I see my former players competing in college at all levels. And then, after they graduate, getting involved in the lacrosse communities where they end up living. It has also been so great having alumnae return to St. Theresa’s and be a coach for the team.”

The grit and determination of Hanna’s teams is strong. St. Theresa’s Academy has captured multiple KC Metro Championships and has performed well in the state tournament. She always wants to get the very best out of her players and treats each year’s team with the respect they deserve.

“The best part is the players and students,” said Hanna. “They are such great kids who are smart, love the sport of lacrosse, and have a never give up attitude.”

This was especially true in a previous championship game. St. Theresa’s Academy trailed by ten at halftime, but overcame obstacles and rallied in the second half, ultimately seizing the KC Metro Championship by two goals. The lessons Coach Hanna instilled on her team throughout the season helped make that moment a reality.

“Coach Hanna displayed courage and determination when she decided to begin, and coach, the girl’s lacrosse program at St. Theresa’s Academy,” said Royals General Manager and “C” You in the Major Leagues Founder Dayton Moore. “It’s not easy to initiate a new sport, but it’s even more challenging to build it into a sustainable and successful program. We’re proud of the hard work and perseverance Coach Hanna exemplifies and are pleased to see the consistent impact she’s making on the lives of her high school students.”

“Her passion to grow the game and instill confidence in young women are her paramount driving forces to coach a game she loves,” said Hanna’s nominator, Jason. “Jessica does all of this on top of her job as a full-time forensic scientist for the Kansas City Police Department. She has also helped other schools in the area develop their programs and seen her players land scholarships to further their education, and playing careers, at the next level.”

“Encouraging students to never give up in sports, and all aspects of life, is a key quality that shouldn’t be overlooked,” said Blue KC Chief Communications Officer Christa Dubill. “The person who nominated Coach Hanna says that she embodies the spirit of this recognition because of her passion to both the sport of lacrosse, and young adults in our area. We couldn’t agree more and are thrilled to recognize Coach Hanna as a recipient of the Blue KC Coaches with Character program.”